Let me start by saying, obviously, I love sharks. Like most kids, I was terrified of them when I was little – I even used to be scared a shark would somehow make it through the facet into my bathtub (haha). But somewhere along the way, I started learning about them and now I’m pretty much just awestruck by them. 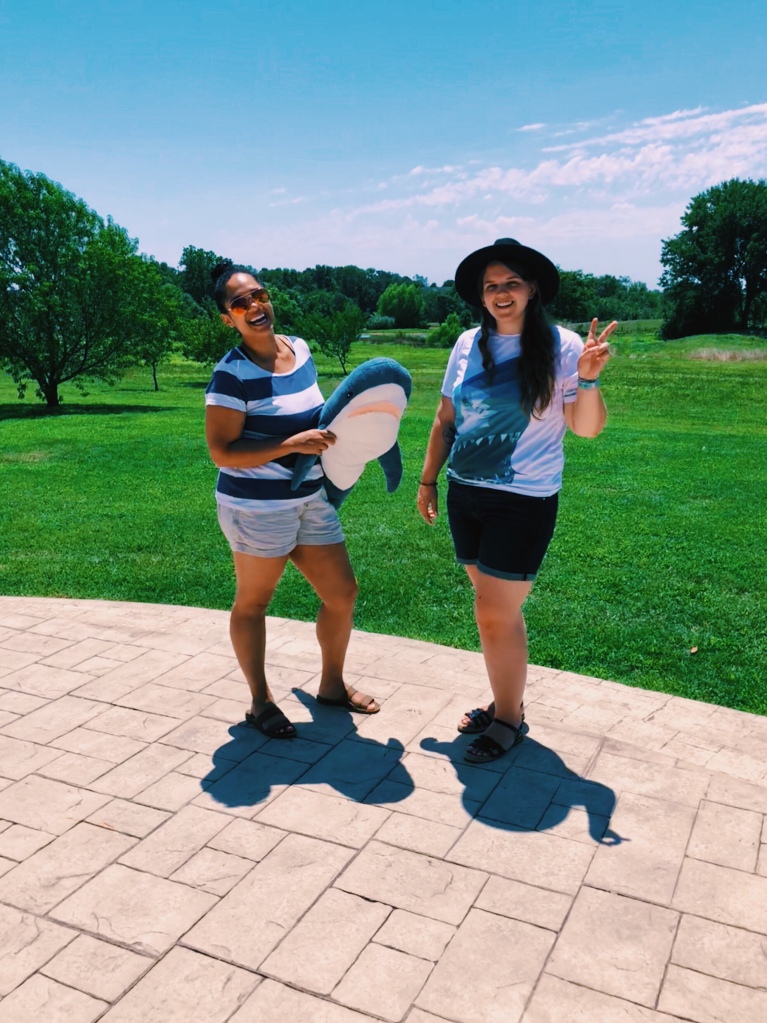 One of the items on my bucket list is to host Shark Week with one of my best friends Giselle, so I figured why wait for Discovery Channel to ask me, I’ll just do it on my own. (Side note: this year Shark Week is celebrating the Dirty 30!) My Instagram has been taken over this week to help me host, so make sure you don’t miss all the hosting details! 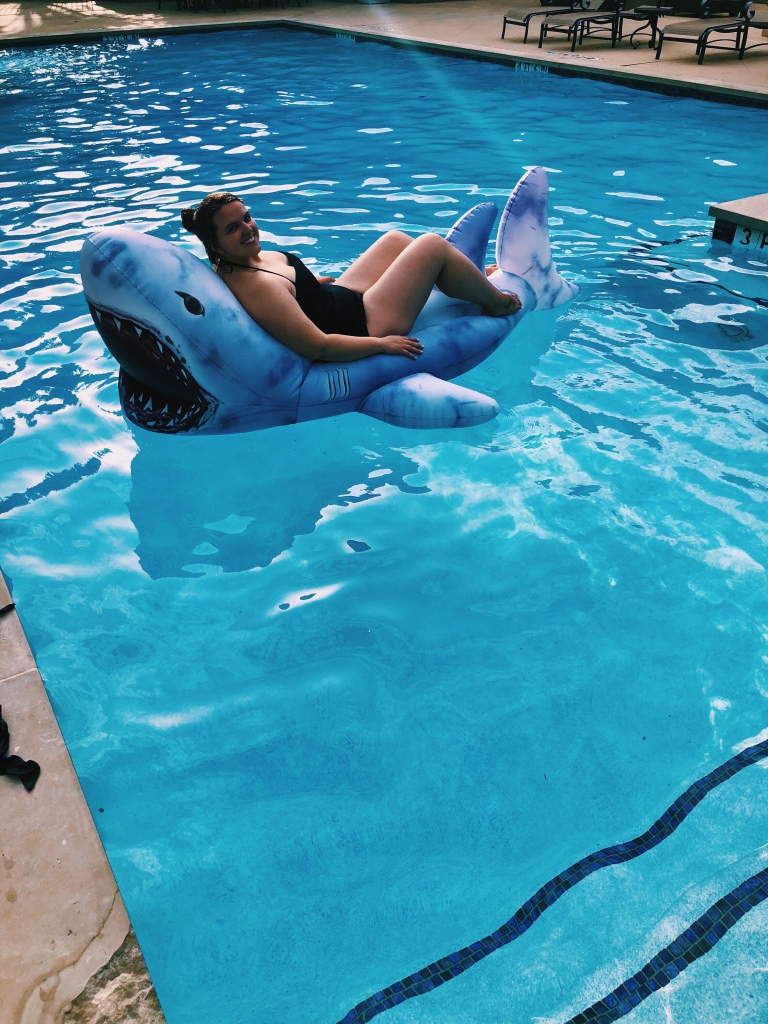 To start things off right, we decided to join sharks in their natural habitat – water! Living in Dallas means we are not near an ocean, but we couldn’t let that stop us. While swimming in the pool, I thought about the way a shark swims. Most propel themselves through the water with their tail, using their fins for balance only. This method does not work as well for humans. 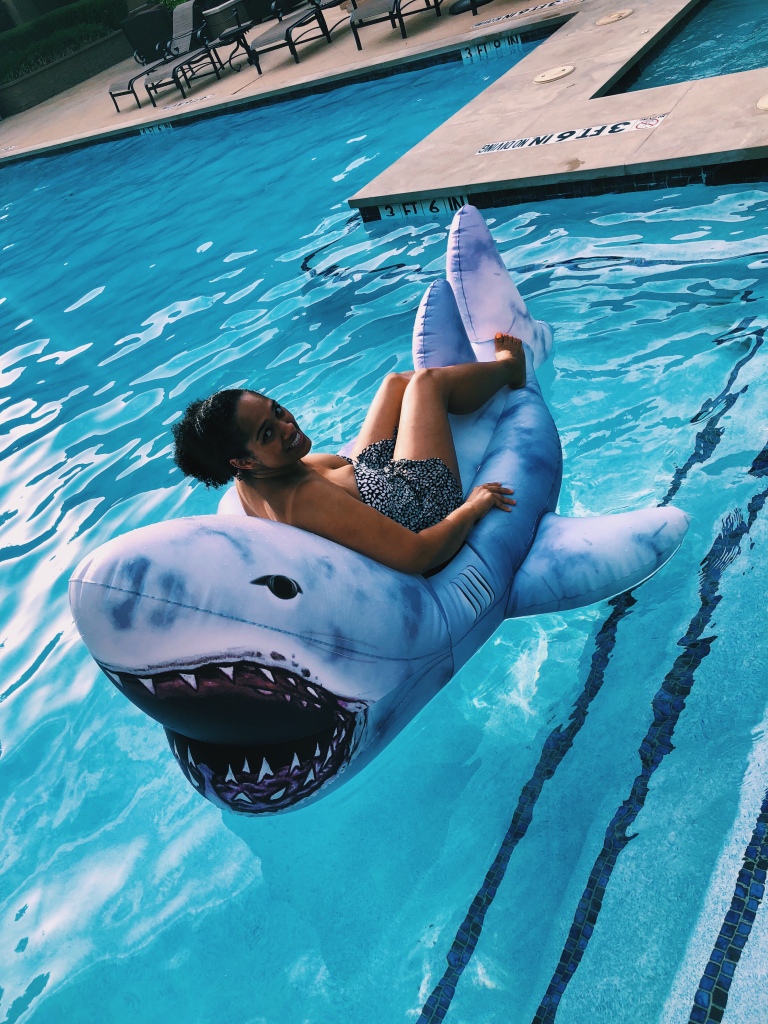 Next, we wanted to discover a shark’s eating habits, so we went fishing! For the most part, sharks are “opportunistic” hunters, meaning they take what they can get. Some sharks (tiger sharks) are known to eat anything, but for the most part sharks are looking for marine life to munch on. We used a fishing pole instead of our jaws, obviously! 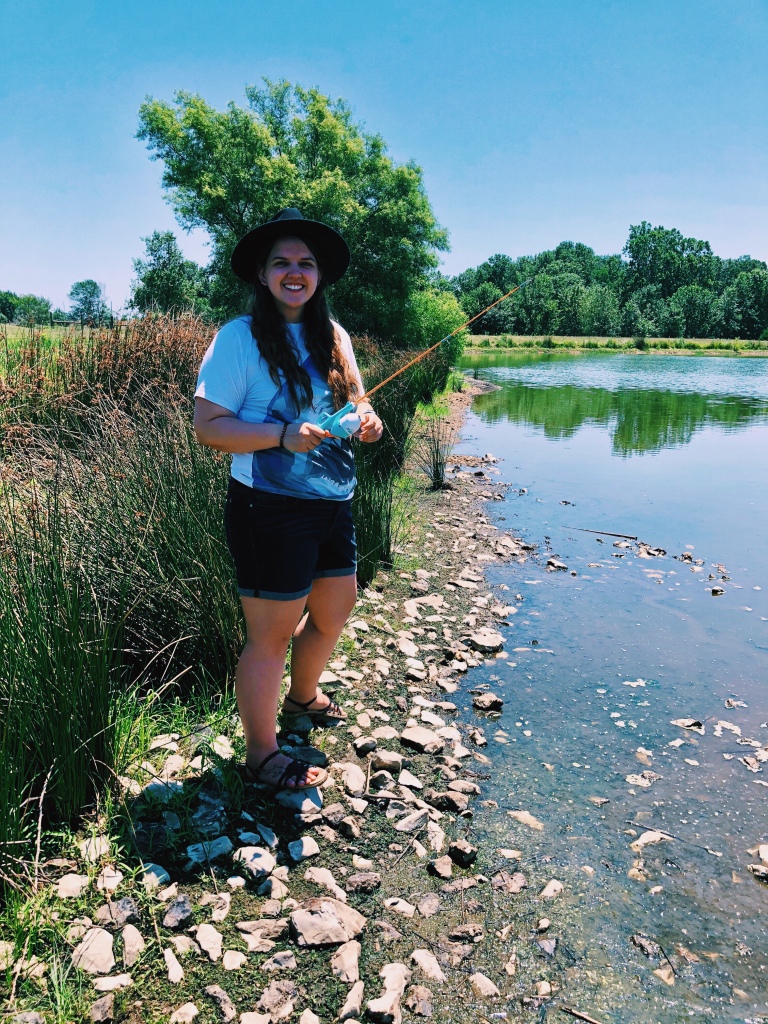 Sharks also take what is known as an exploratory bite. This bite means sharks take a quick test bite to check on what they’re trying to eat. Sometimes surfers can look like seals to a shark, so they’ll take a bite to see if they’ve found the prey they want. Listen, sharks do not want humans; it’s just that sometimes their solitary bite is big enough to do serious damage. 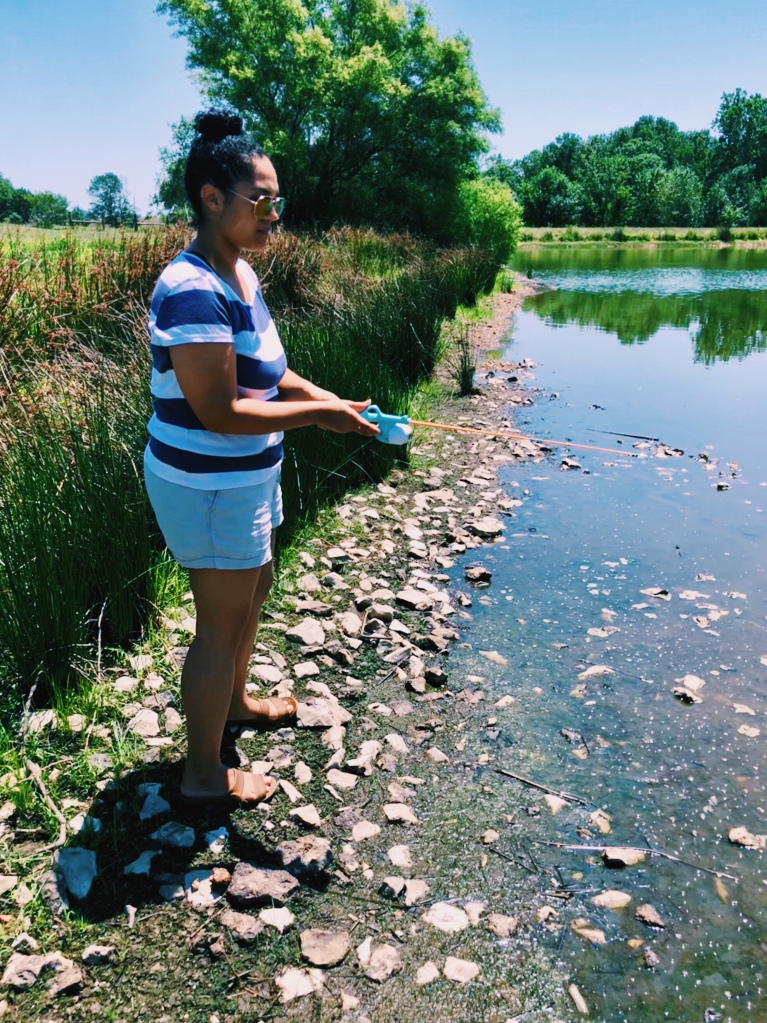 Does anyone remember taking a “keyboard” class in school? It was required when I was a kid so we could learn typing. Basically it was playing a whole lot of a game called Typershark. (You type the words on the sharks’ bodies so they don’t attack your diver.) It was so fun! Also made me realize my current computer isn’t that great. I need a new processor and my U key sticks – that’s what I’m blaming for my low WPM anyway (ha)! 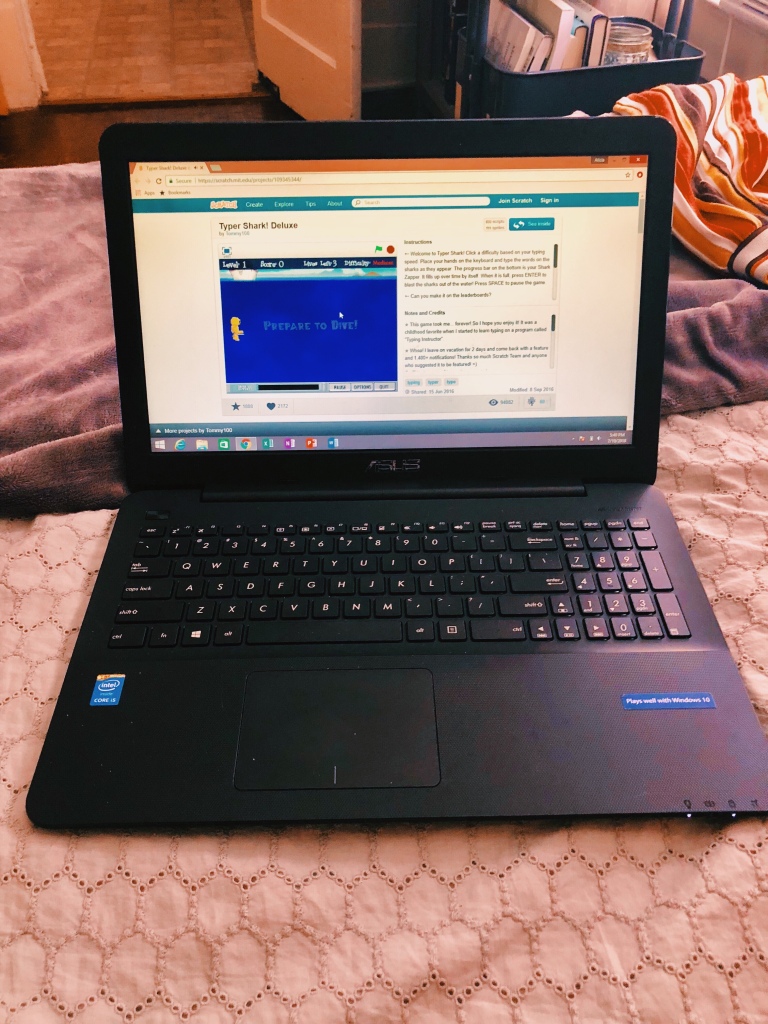 In the ocean, sharks are typically ten times faster than humans. When hunting, they can show bursts of speed of up to 40 mph! This speed isn’t necessary for trying to attack divers; it enables them to travel the entire ocean. They may have their favorite spots, but sharks can swim from the Atlantic to the Pacific and still be “home.” 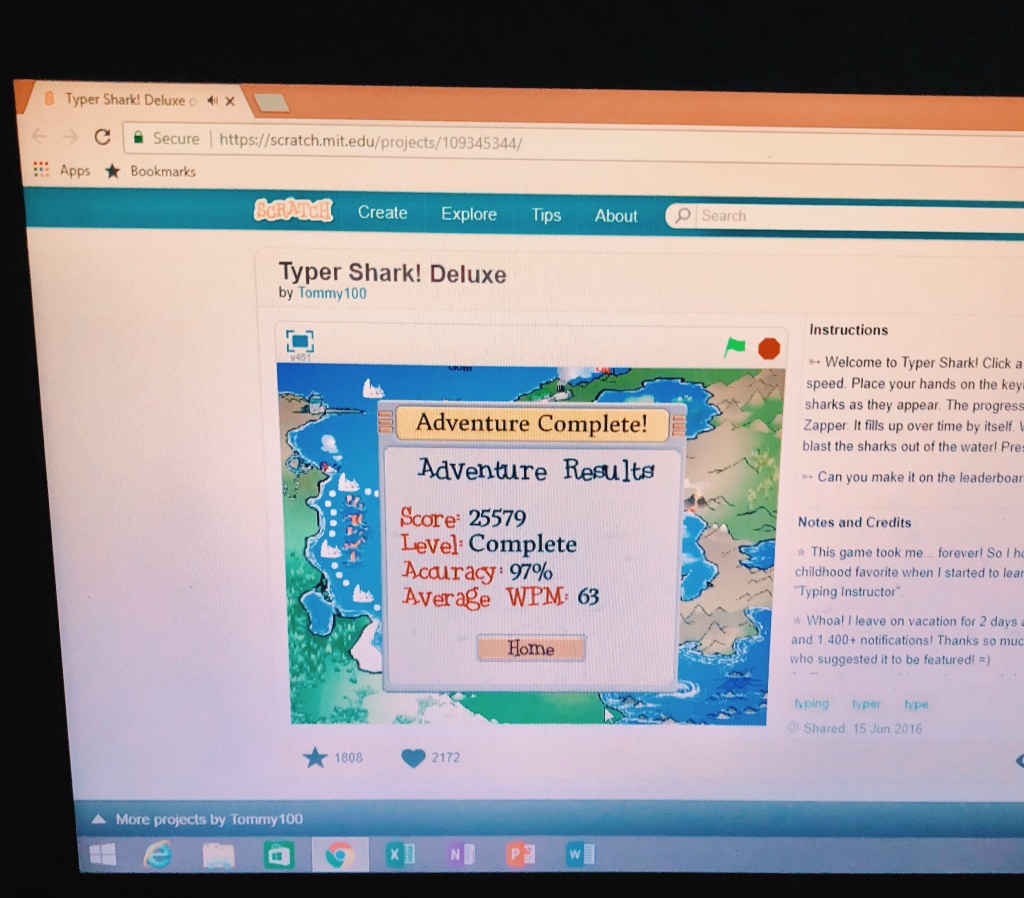 Luckily, host Giselle works in the medical profession so our next activity was easy to accomplish – donating blood! Sharks and blood are synonymous – we may all have heard at some point that sharks can smell one drop of blood in an olympic swimming pool. 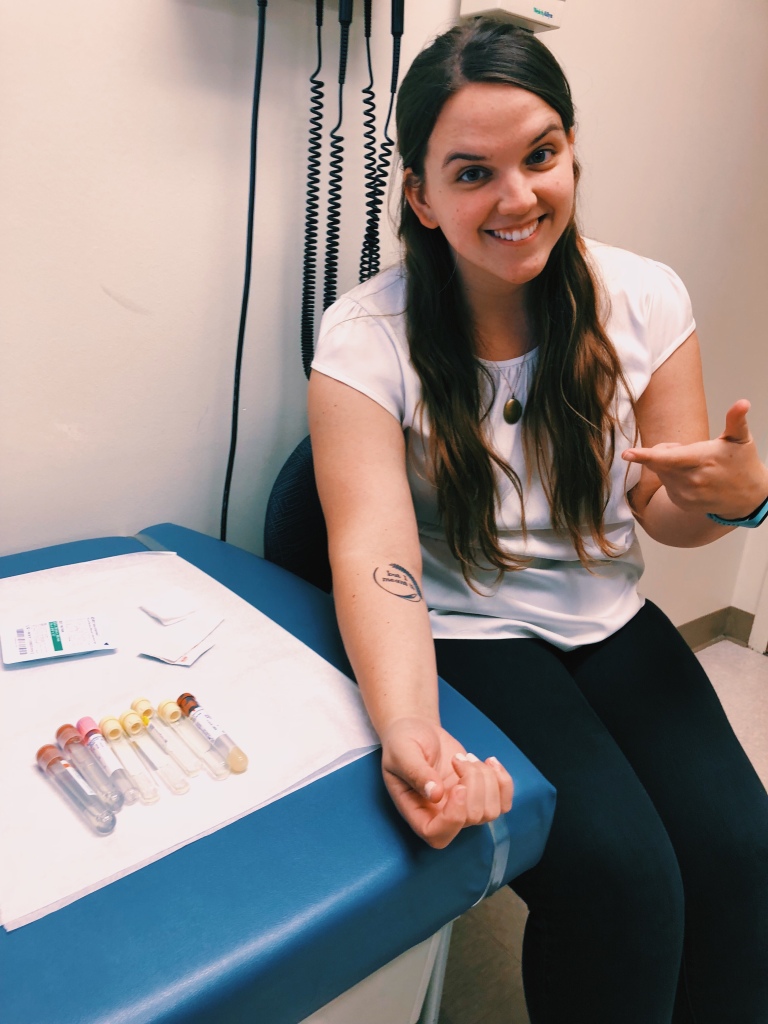 But even better than blood – sharks can smell and interpret chemicals. They can literally smell fear because of the chemical process that releases glucose into your bloodstream when you’re afraid. That’s freaking awesome! 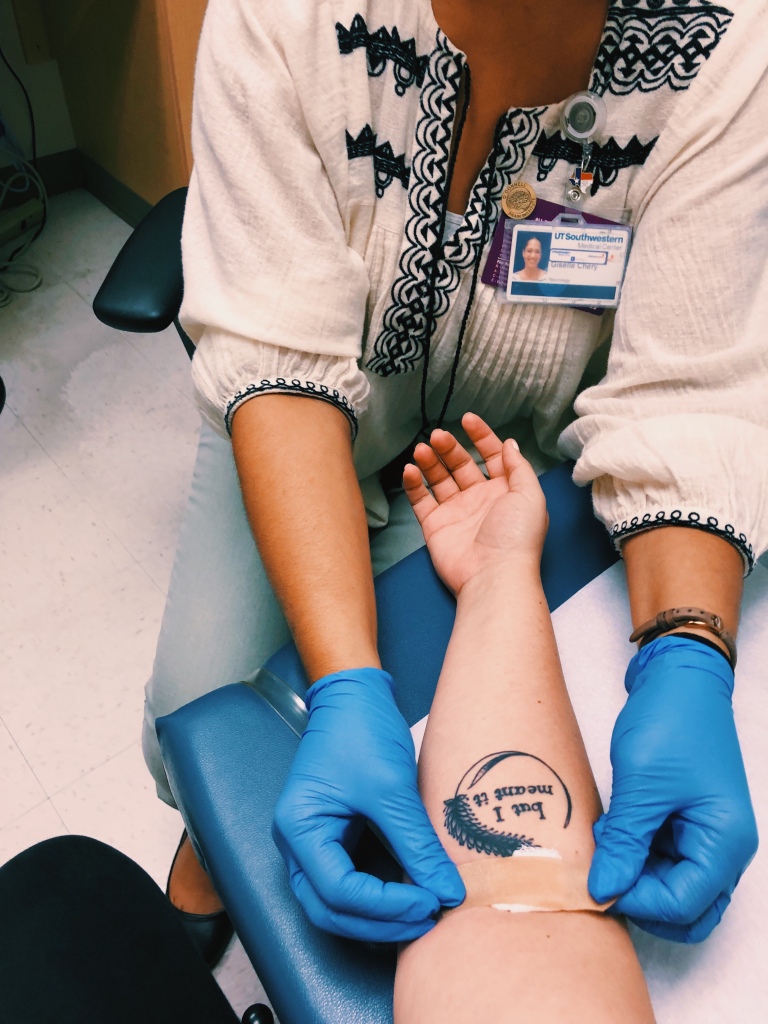 I hope we all learned new great things about sharks! And go ahead and try some of these shark “activities” and let me know how it goes. Shark week has only just begun, so until next time!