Let me start by saying this is the first hike of the year! I’ve decided to go for the #52HikeChallenge this year, mainly to track my hikes and miles since it’s something I’ve never done before! I originally wanted to do this hike over the weekend, but life got in the way so I did it after work this week.

So, how did I end up in Flower Mound, a suburb outside Dallas? I spent some time looking for “jumpable” cliffs around Dallas because I was thinking of starting the year off with a polar bear plunge and the only way that was going to happen was if I jumped off a fun cliff. That led me to Rockledge Park. However, that has an entry fee and with budget goals I decided to go ten minutes north along Grapevine Lake which led me to Murrell Park. Similiar cliffs, same lake, and its own (free!) hiking trail. 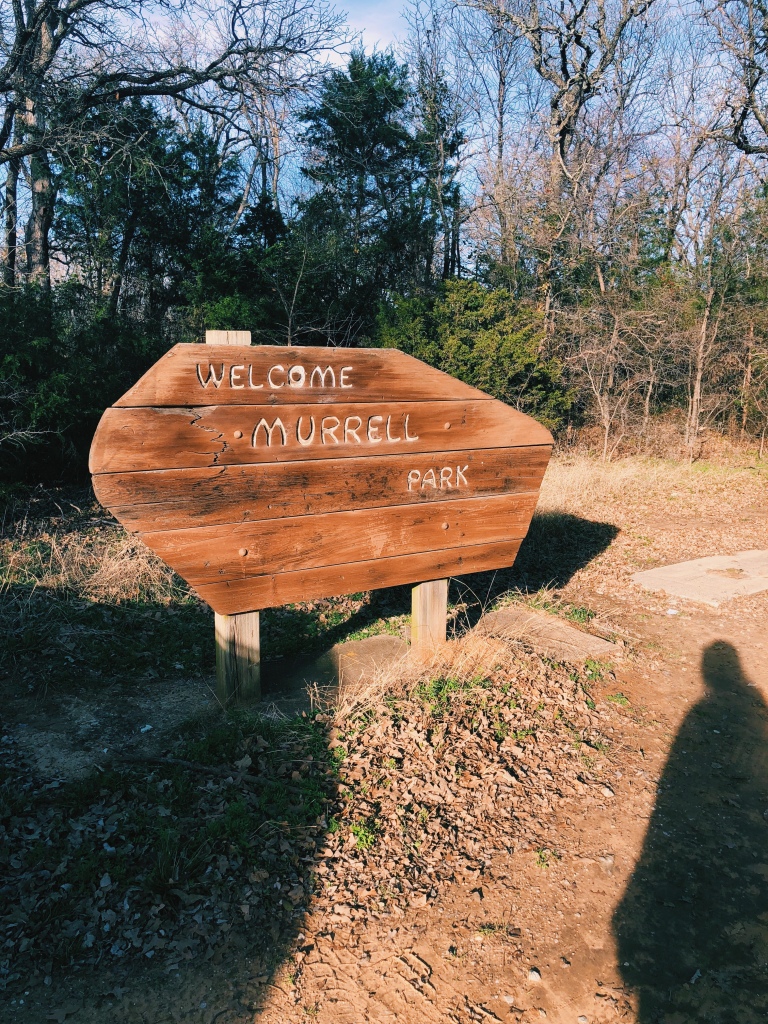 It wasn’t too far from where I work, so after less than a half hour of driving, I was winding my way through a new, and fairly nice, neighborhood. The more parks I check out, the more neighborhoods I drive through. It’s weird to find these hidden hiking trails so close to civilization, that’s for sure. When I arrived the park was empty except for one car, there was no map at the trail head of North Shore, and the sign said Closed.

Oh, and you know, I couldn’t find my hiking boots, which I was sure I’d thrown in the car days beforehand. 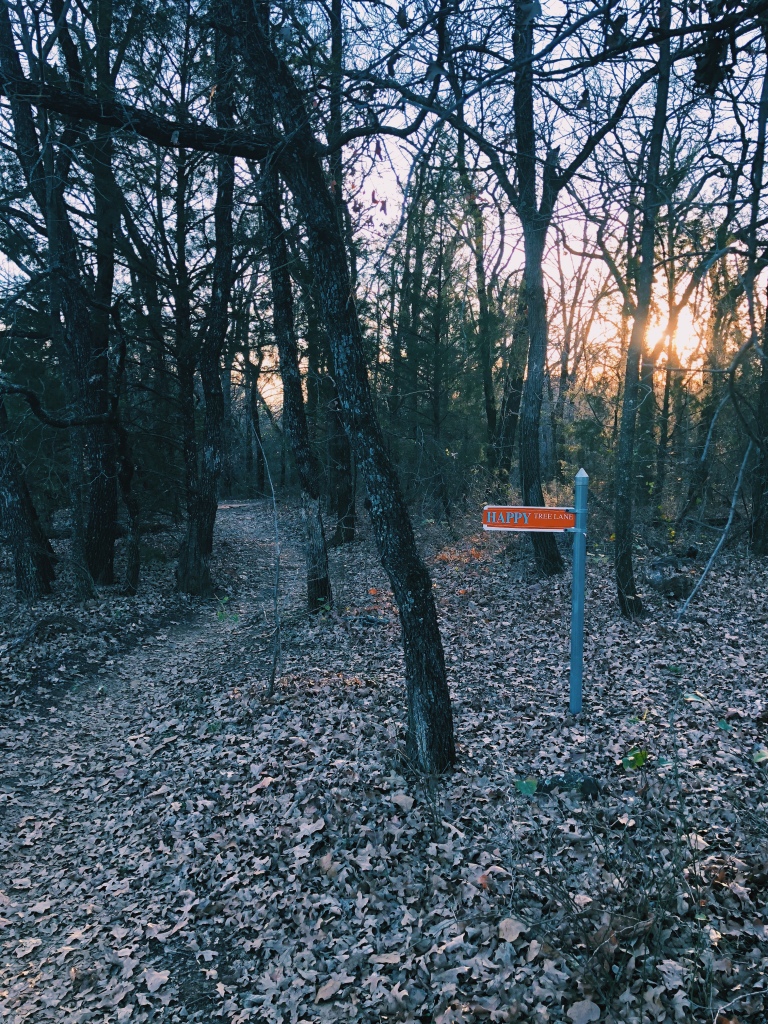 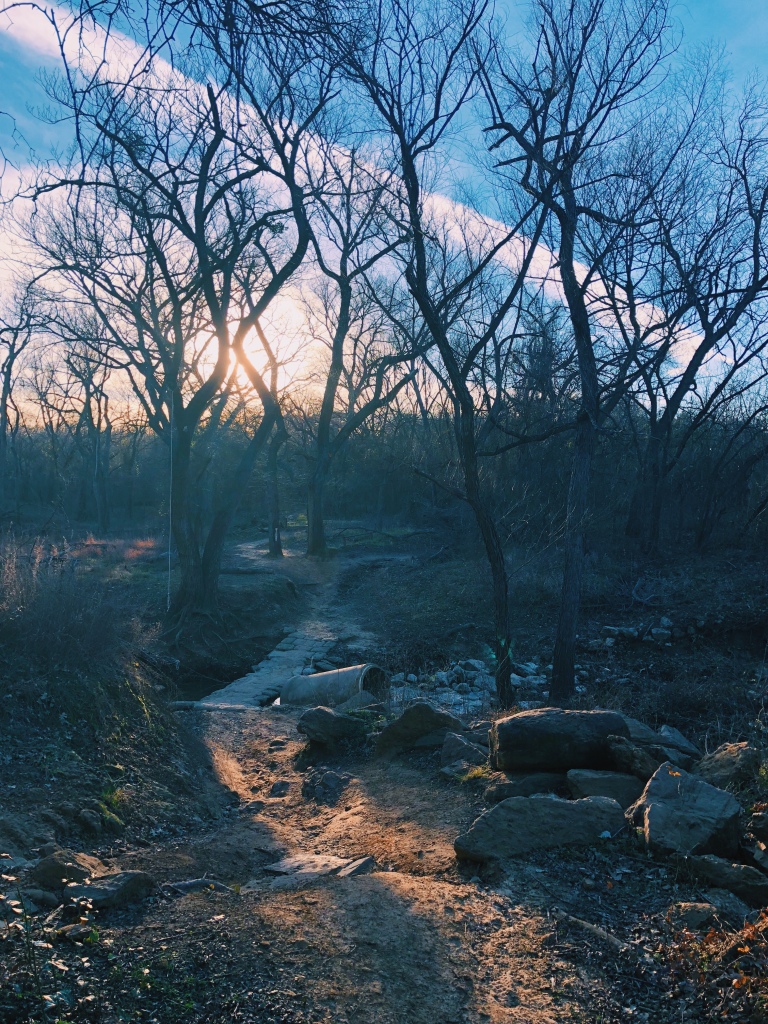 I’d already delayed this hike a few times because of the rain, and I’d driven this far, and I hadn’t gone hiking in close to a month. I had excuses not to do it – the most obvious the closed sign followed closely by choosing to hike in my heeled boots. But when things don’t go my way, sometimes I just power through it anyway. And it usually works out.

Starting off, right away I could tell this was a trail meant more for mountain bikers than for hikers, which is typically the case I’ve noticed for the trails around Dallas. The path was narrow and winding and full of bike tire tracks. The temperature was pretty perfect considering it’s early January, although there were a few muddier spots because of the rain. In areas you could see the nearby houses and at various points the trail crossed a small cement road, but overall it’s a nice looping trail. Lots of brush, but the trail was very well marked.

Weirdly, halfway through I found the map posted, though it was hard to tell how long it was. At this point, I had yet to come upon the lake and I was losing daylight. I picked up my pace (even in my heeled boots) and made it my mission to get to the lake and back to my car before I was left in the dark. My phone GPS worked perfectly since I was so close to the neighborhood even though I only passed one trail-runner and one biker in the whole two hours I was out there. My feet held up in my heels even though the trail was hilly and passed a couple of cute waterways. 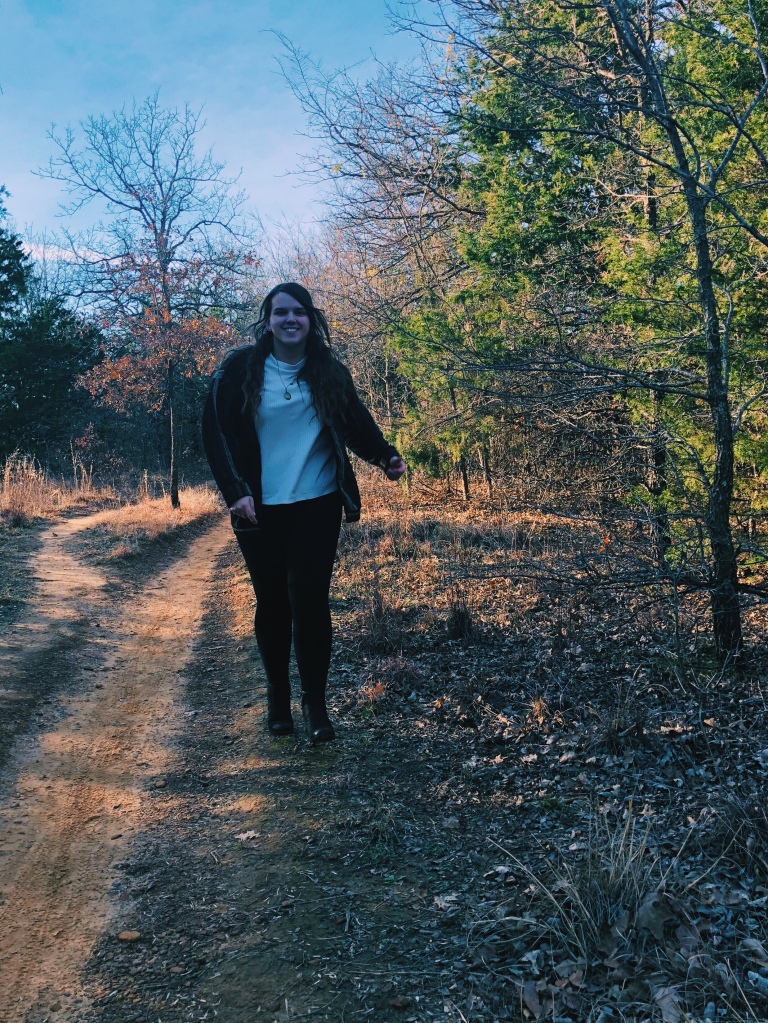 Finally, just as I was about to give up on the lake overlook, the trail kept heading for the lake, instead of taking me back and forth away from it. I passed a (kind of scary) outdoor bathroom and a (cute) campfire area to get to a small trail overlook with one cliff ledge. There was no way (or time) for jumping so I enjoyed the view and the colors of dusk before heading back to my car.

I knew I wouldn’t have time taking the trail – looking it up now, I think in total the thing is three miles, but it could be as long as six since it doesn’t have many reviews. I took the cement road which led me out of the trails and back to the main road where the park entrance was. This took me less than a half hour and I got some good views of the setting sun over the lake from beyond the trees. Overall, even though I had a chilled sweat, it was a great hike! I’m marking this as a rough start – but still successful! 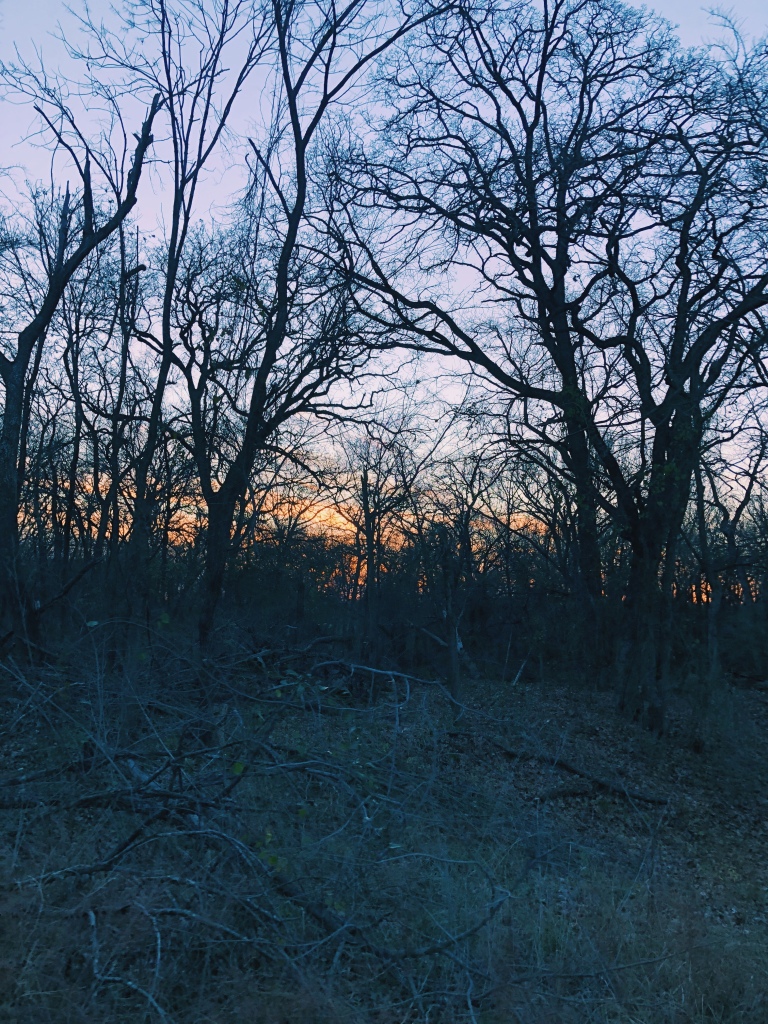